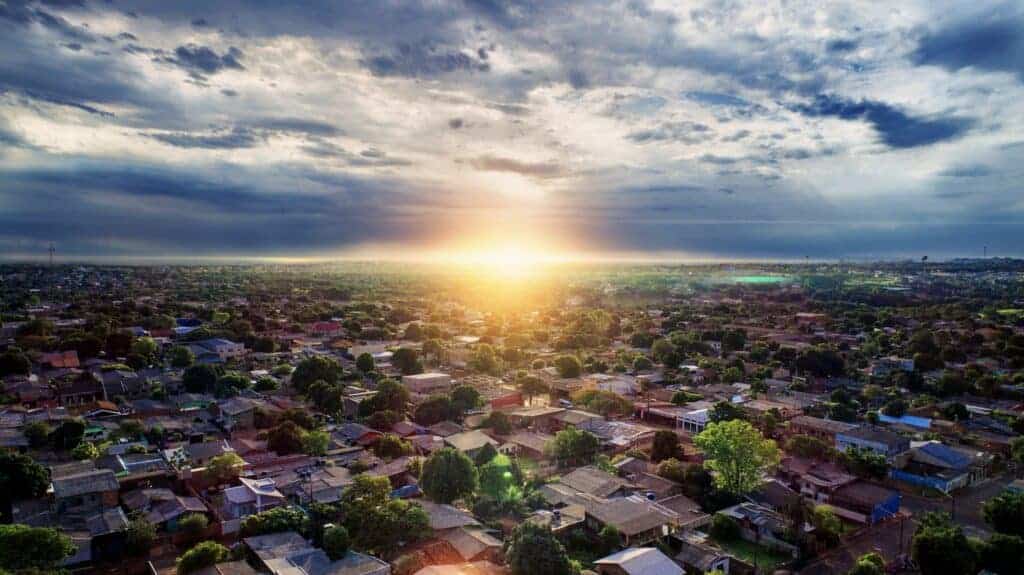 Not Until You Walk Across the Street

A very large, prosperous church sits on a street corner in the community where it was planted over 150 years ago. Its beautiful facilities were erected over 80 years ago. The community has built up around the church, now boasting 35,000 homes within a 5-mile radius of the church, all built after the church.

If you are a pastor or church planter, you can hardly help but wonder how many people in that neighborhood attend that church.

It’s an interesting question. The answer could be found by counting the number of addresses within that 5-mile radius that the church has on its database, due to making some kind of connection with the families who live there. Would you guess it would be 50 percent of the nearby families? Or 20 percent? The answer might surprise you.

Some time ago, I was invited to a church leadership meeting to hear a pastor’s vision for the future. His idea was to plant more churches in surrounding towns. This, he explained, would be that church’s primary method for fulfilling the Great Commission and making disciples of all people.

This was extremely interesting to me because I was invited to the meeting as a consultant only because the church’s attendance had shrunk 50 percent in just ten years.

After his presentation, I asked, “How would you get people to attend a new church wherever it may be?”

He said he and his staff were working on a plan that they would share with their leadership “soon.”

Then I asked, “What will you do differently that you’re not currently doing with your existing church?”

He gave a condescending smile and replied, “It’s in ‘the plan.’”

“The plan” never materialized and neither did the vision. Nor did I convince anyone to reach their existing neighborhood, their “Jerusalem,” before exporting what they did to nearby towns, their “Judea” and “Samaria.” Without people at the home church, there would not be adequate resources to plant more churches. And if they were planted, how would they grow if they only planned to do more of the same?

At The Provisum Group, we have an exercise called “100 Houses” through which we do a variation of what was suggested above to find the closest 100 houses to the church and find out if any of them are on the church rolls as members, or as attending anything, ever. We simply take the geographic radius, then use the church database to map the closest households for which there is any contact information at all.

Generally, pastors and leadership teams are surprised by the results. The average church has contact information for just 2.2 percent of the “100 Homes” closest to the church and only 2.4 percent of the 500 closest homes.

For this particular 150-year-old church, we went beyond the “100 Houses” and found 1128 homes within a half-mile of the church. That’s 880 yards. All built generations after the church was established. Our database query was for any contact information at all for those addresses, even if the family or an individual from that address had been involved with the church only one time going back for as long as records had been kept.

Out of 1128 homes, this particular church had contact information, of any kind, for only 32.

In 80 years of existing within walking distance of 1128 homes, this church has connected with 2.84% of those homes at least once.

It is very revealing. When compared to other churches taking that test, that church is above average.

What is the problem? What are we not seeing?

The issue reminds me of a couple I knew in my early twenties who I’ll call Chuck and Mary. Chuck and Mary married just three weeks after they met. There was no convincing either of them of the wisdom of getting to know each other better before marriage. They knew what was necessary and needed no help from anyone. After all, who knew better than them the depth of their love? They were the self-proclaimed subject matter experts.

Six months after the wedding, they announced their plans to build a beautiful home on the waterfront.  For the next three years, every time they were with their friends or family, all we heard about was the “project.”

Every negotiated price, every conflict with a contractor, every zoning challenge, every color choice, all became the fodder of dinner parties and social gatherings. “The project” consumed them. Finally, after three years, the house they loved so much was complete. Chuck and Mary moved into their new fabulous “forever home.”

Ninety days after moving into their new home, Chuck and Mary filed for divorce.

What happened? Chuck and Mary had skipped over a fundamental part of marriage. One could say the most important part of a proposed marriage is getting to know the person you are going to marry and with whom you will spend the rest of your life.

Chuck and Mary busied themselves so much with the house project that they could ignore what they both knew. They had not done the work they needed to do to be effective at being married.  Their new home became a monument to the fundamental truth they ignored and was the lie they told themselves to avoid facing that truth.

When we look at the dropping rates of church attendance and membership, it is apparent that the Church (capital C, meaning Church universal) has not effectively done the work God has called us to do.

How can we love God with all our heart, soul, and mind and ignore His most basic direction to go and make disciples of all people – including the neighborhood in which the congregation resides? How can a church plant a new church if the congregation of that same church will not walk across the street and introduce themselves?

We must think of the resources it takes to plant a church, in terms of time, energy, volunteers, and money. We must consider how we will staff it, promote it, and fill it.

What if a church, any church, took one-third of the resources they would be willing to use to start a new church and dedicated those same resources to connecting with their own neighborhood? Which would have the most beneficial effect?

Sure, our present society might need more churches. Even more, we need more people in the churches that already exist being made into disciples who will be trained and go out to teach others, who will teach even more, for the transformation of the world.

We need effective churches much more than we need new churches. If our churches are more effective, the new churches will spring up from the trained disciples who cannot wait to go tell others the Good News.

What about your church?

When was the last time your leadership sat down and made a plan to meet and connect with the neighborhood around it and then executed the plan? When was the last time anyone from your church walked across the street and knocked on a door? How can we love our neighbor as ourselves if we don’t even know their name?

Can I make a simple suggestion? Commit to starting no new ministries until people from your church have knocked on the door of the 100 homes closest to your church, have collected the resident’s contact information, and invited your own neighbors to join you in church.

I think what you will learn is that your church needs a rekindled commitment to fulfilling the great commission, not by newer, bigger plans, but by talking to a neighbor about Jesus. I promise you, when you talk about Jesus, God will show up. He promised (Matt 28: 16-20).

Could a second round of PPP money be for your ministry?
If You Took a PPP Loan, It May Be Much Easier to Get It Forgiven