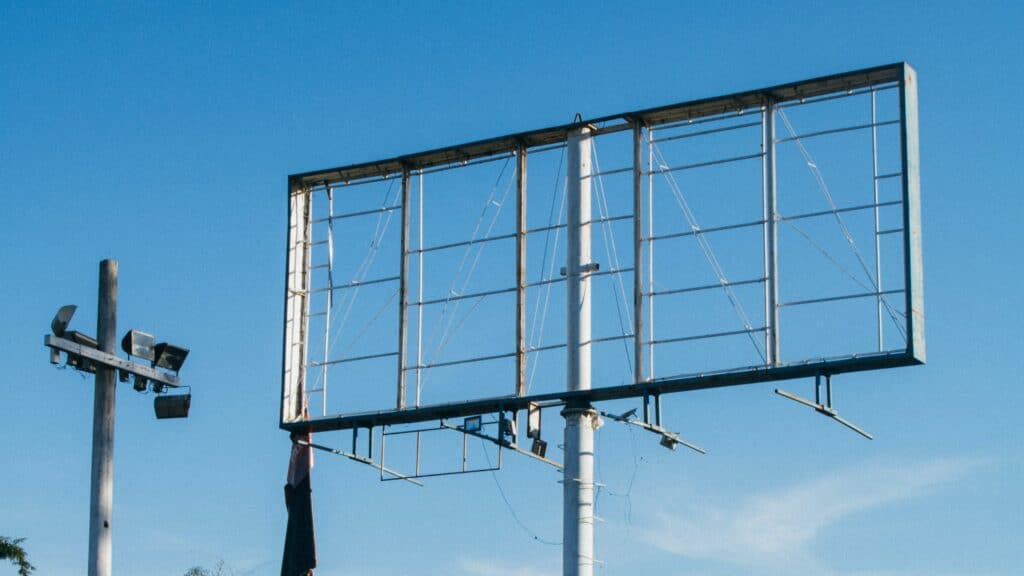 What’s wrong with them?

I recently traveled to rural Indiana.  As I was driving along I-70, I saw a billboard sponsored by a local church.  The billboard read:

While I think what was written is true, I found it very strange copy for a billboard on a major interstate.

About 4 miles down the road, I saw another billboard from a different church.  It read:

“Jesus has hope for you.”

While I thought that this statement was true as well.  I momentarily thought about the odd juxtaposition of these two billboards just 4 miles apart on the same highway.  I imagine that both churches were hoping to reach the same audience.  Then, my mind quickly moved on and I did not think about the two billboards again, until…

Later that evening, I was enjoying a visit with one of my oldest and dearest friends.  We met 35 years ago in a small church in, you guessed it, rural Indiana.  The church was a small, poor, old church with about 50 people in worship in the 1980’s.   By 1990, my family and I moved away from this community.  My friend stayed in that church for 30 more years.

I see this brother about once a year and ultimately our conversation turns to that little old church where we met.  I ask about the church and people I remember.  On this visit, my friend informed me that he and his family no longer attend that old church.  He was excited to tell me about his new church and his new pastor.  My friend talked about how his new pastor was a “straight shooter” and how his pastor “tells it like it is.”  He was very proud that his pastor preached the “true Gospel.”

I asked him to unpack that for me.  He said he could do better than that and gave me a link to the last 12 months of his pastor’s sermons.  That night, I went back to my hotel room and watched several of his pastor’s sermons.  Most of his sermons highlighted the things and people “we” should be against.  In one sermon he preached about how a local pastor was in “violation of his calling” and should be defrocked.  He preached how the denominational church is apostate and how a certain “smiling TV preacher” was a heretic.  But the one consistent theme of this pastor’s sermons was what is wrong with the “seeker-sensitive church.”

Ironically, the next morning, I found myself in a small church (not my friend’s church) in rural Indiana for worship.  The moment I walked in the door, I was sure of one thing; this is a seeker-sensitive church.  There probably were not 100 people in the whole building.  There was fresh coffee, free wifi, and a whole bunch of hip and smiling young people.  There were children everywhere.

The pastor’s sermon was about risk and “What do you have to lose by trusting Jesus?”  It was basically a very friendly and cool presentation of Pascal’s wager.  Not a lot of depth and even less bible. Then it happened.  A young man in his 30’s walked to the altar while the pastor was preaching and got on his knees and started praying.  Right there, he surrendered to the call of Christ.  A disciple was born.

But what came next moved me.  This church stopped everything.  I could tell that they had a plan for when this happened.  They opened the baptismal.  Someone went and got all the children in the building and brought them into the worship space.  Someone went and got the man a set of clothing to be baptized (by emersion) in. They actually had warm water in the baptismal and a cupboard filled with clothing just for this type of spontaneous moment. The young man who just gave his life to Christ was asked to give his testimony.  Then the pastor explained to the children (and everyone in the room by default) what was happening and why it was important.  Then the young man was baptized.  This was a Holy moment and this church lived into that moment with expectancy and joy.  There was not a dry eye in the house including mine.

As I stood there experiencing this sacred moment, I thought of the two billboards.  Like the two pastors I’ve spoken of here, the billboards both spoke biblical truth.  Both statements were absolutely true.  When we make Jesus the Lord of our lives, we are changed and so should our behavior be.  People should be able to see this change in us as we are new creatures in Christ.  It is just as true that Jesus is the only hope for a lost and dying world.

As a mature believer, I can get behind both of the billboard statements.  But what would someone who is not a believer or did not have the context of a lifetime in church hear in these two statements?  That is what is important here.  It does not matter what we think we said.  It does not matter what we intended to communicate.  Only the receiver of a message communicates.  Regardless of what we think we said, the understanding of the receiver of a message is what was actually communicated. Absent a well-formed Christian worldview, I think, one billboard clearly communicated “for you”.  The other communicated “not you.”  Just like the two pastors mentioned herein.

I wonder if the man in worship that day would have surrendered to Christ’s call in that worship service or ever, if, at that moment, the pastor of the seeker-sensitive church was preaching about the apostate church and what is wrong with those other people.  Parents instinctively know that talking bad about their spouse to their children is not good for the children even if the criticism of their spouse is absolutely true. To do so is selfish and lazy parenting.  So good parents don’t do it.  The same is true of the body of Christ.  It is not good for unbelieving and un-discipled people to experience church folk complaining about “those other people” even if it is true.

This Person Will Grow Your Church
Someone Will Get Mad